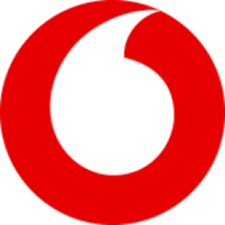 Vodafone has gone down across the whole of Spain, leaving customers offline, according to IT technicians in the operator’s customer service department.

The announcement came at 11.40 on Tuesday and the problem was expected to last all day and probably throughout today (Wednesday), although the company says it is working hard on trying to fix it.

“We’d be lying if we said we knew what the cause of the issue was – it was reported to us this morning,” was the refreshingly-frank response from Vodafone when probed.

“It doesn’t seem to be affecting all customers the same. Some have no internet at all, but others say they do have it although it’s very slow and the connection is poor.”

Landline telephones operated by Vodafone are also causing problems, although mobile phone coverage is not thought to be affected.

The network fault relates to ADSL home internet and Wi-Fi, on phones and computers, and to landline calls, but it appears mobile users are still able to phone and text.

“Until we know what the cause of the problem is, we can’t give an estimated time for repair,” the company says.

“The service has been down all night, but we’re working on it.”

Vodafone customer service lines have been jammed solid with callers since around 01.00 mainland Spain time with an average wait of 30 minutes on hold before getting through.

Staff recommend reporting the incident via the Vodafone App or via text message instead.

Complaints have already flooded Twitter with the company’s address, @vodafone_es, being tagged in hundreds of furious posts.

Some say it is ‘suspicious’ that the service breakdown has coincided with a major meeting of Vodafone workers scheduled for today to negotiate conditions of a planned mass redundancy, which is expected to affect up to 1,200 employees in Spain, or 23.5% of the payroll.

Vodafone denies any connection between the two.