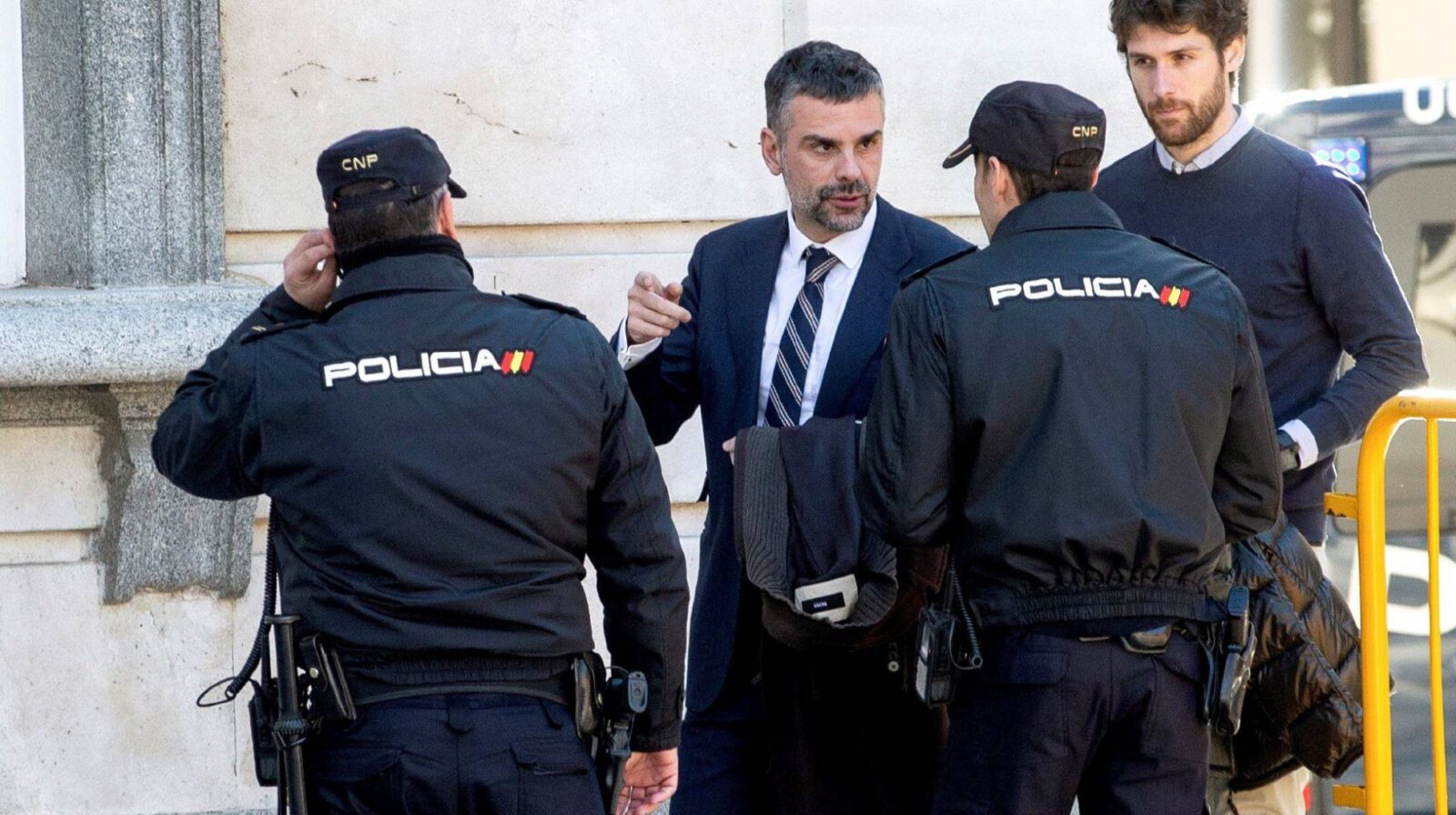 One-time regional business chief, Santi Vila, was questioned in the Supreme Court on Thursday during day six of the trial of the pro-independence leaders.

Day 6 of the Supreme Court trial against the Catalan independence leaders for their involvement in the secessionist drive got underway on Thursday, and saw the former regional government minister for business, Santi Vila, face questions.

The day’s hearings took place against the backdrop of a strike and demonstrations in Catalonia, called in protest against the trial, which supporters of independence for the northeastern Spanish region claim is politically motivated. The Spanish government, however, insists that the 12 defendants are not there because of their political ideas, but because of illegal acts committed deliberately.

Santi Vila served as business minister in the Catalan government until October 26, 2017, when he resigned just ahead of the unilateral declaration of independence that was passed by the regional parliament.

In the Supreme Court trial, he is facing charges of misuse of public funds and disobedience. The public prosecutor and the solicitor general are calling for him to be sentenced to seven years in prison.

Considered by some in the pro-independence ranks to be a “Judas” for having jumped ship at the last minute, Vila made no attempt to reconcile with his former colleagues during his time in court. Instead, he tried to play down any links between himself and the organization of the illegal October 1, 2017 referendum on independence, and attempted to minimize the importance of the vote. “It wasn’t a referendum,” he told the court on Thursday. “It was a major political mobilization.”

Vila went on to explain the reasons behind his resignation, saying that he felt “frustrated” after trying to mediate between the central government in Madrid and the Catalan regional government to avoid the independence declaration and the subsequent application of Article 155 of the Constitution, which saw the region’s autonomous powers suspended by the central government, the sacking of the government and elections called.

He explained that he took part in an “attempt at conciliation” after the referendum, holding meetings with “high-up leaders of the [Socialist Party],” which was in opposition at the time, and “heads of the [Popular Party] Spanish government,” in a bid to “avoid an institutional clash” and “bring down the tension.” He told the court that he “wanted to avoid this all ending badly.”

And according to his statements in court, he nearly managed it. Answering questions from the public prosecutor, Vila explained that by October 25, 2017, they had reached a deal. Then-Catalan premier Carles Puigdemont would call elections, and there would be no independence declaration, because whether it was simply symbolic or not, it would be viewed as “offensive or inflammatory.” But the next day, the situation took a turn.

People on social media began to call Puigdemont a “coward and a traitor,” according to Vila, prompting him to change his mind. “I called Puigdemont and told him that I had given my word: ‘If we cannot honor that because we can’t justify it to our voters, if we are not able to manage this emotionally right now, I am going to quit’,” he told Puigdemont, according to his testimony.

Questioned by his lawyer, Vila explained that he acted as a mediator “under Puigdemont’s orders,” and in the knowledge of other ministers and members of his Catalan European Democratic Party (PDeCAT). Vila expressed his sorrow for the situation of Puigdemont’s “wife and family,” given that the former regional premier fled Spain to avoid arrest, and is currently living in Belgium.

“I still have good relations with sectors of the PP and the PSOE,” Vila told the court. “My mediation in Madrid was important for them. It was all about ramping up the pressure but not breaking things off.” He continued: “I was among the politicians who mediated with high-ranking figures from the PSOE and with high-ranking figures from the Spanish government, who, in contrary to what has been written, had a great interest in avoiding a train crash.”

The former regional minister admitted that he had been warned by the Constitutional Court that the October 1 referendum had to be suspended. Vila said he was “convinced” that the regional government took decisions to call it off, for example, by ensuring no public money was spent on it. What’s more, he explained that from the moment the vote was declared illegal by Spain’s top courts, he no longer considered it to be a referendum, but rather a “great mobilization,” and a “political exhibition in defense of certain ideas.”

Vila also tried to prove that public money was not spent on the referendum, thus refuting the charge of misuse of public funds that the defendants in the trial are facing. “Puigdemont said to me, ‘Don’t worry, we won’t spend a penny from the public coffers’,” he told the court.

He also criticized the police violence against members of the public on October 1, but with a caveat: “We all could have been more responsible.” He also criticized the law that was approved by the Catalan parliament on September 6 paving the way for the vote, and slammed the most extreme wing of the pro-independence movement: “There are people for whom the worse things are, the better.”