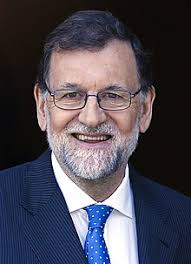 Former Spanish Prime Minister Mariano Rajoy has been giving evidence at the trial of 12 Catalan separatist leaders over their involvement in an independence bid in 2017.

Rajoy, who was in office at the time of the events, told the court on Wednesday that there is no way his government would have authorised a referendum or talks about such a move.

He said that the poll that took place could therefore not be considered a legal referendum.

Rajoy added that no prime minister of any country like Spain could accept the liquidation of its constitution.

He said the Catalan leaders were aware of his position.

“They were fully aware that I was not going to authorise a referendum to liquidate the sovereignty of Spain,” he told the court.

“I have spent many years in political life, I have participated in many pacts, I like dialogue, but you have to respect the rules of the game.”

His centre-right government sent thousands of anti-riot police to Catalonia, who used rubber bullets and batons to try to stop the independence ballot on October 1, 2017.

Referring to that decision, Rajoy said it was an “exceptional situation” and that the police were defending themselves and the Constitution.

He added that it was “the first time we had to implement Article 155 of the Constitution”, which allows the central government to take direct control.

Rajoy was also questioned about the images of police violence that went around the world on the day of the referendum.

“Did you think about warning voters of the physical risks of venturing out on October 1 [the day of the referendum]?” they asked him.

“I have never made a decision about a police matter,” Rajoy replied. “They are decisions that are the responsibility of those in charge of those operations.”

“I have seen many unfortunate images like these throughout history; what I would like to say is that it is the responsibility of political leaders is to avoid these images,” he added.

Rajoy is one of 500 witnesses in the trial of 12 former Catalan leaders. Nine of them have been jailed and charged with rebellion.

Former Catalan deputy leader Oriol Junqueras is the most high-profile defendant. He claims he is a political prisoner and insists Catalonia has the right to secede from Spain.