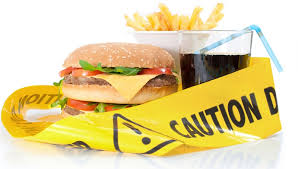 An excess of a substance classified as potentially carcinogenic by the World Health Organisation has been detected in five products sold in Spain.

The substance is known as acrylamide.

The OCU, Organisation of Consumers and Users, together with BEUC, carried out an analysis to review the levels of acrylamide in different products available in the EU’s market.

From a total of 477 products included in the investigation, 55 of them were sold in Spain and five exceeded the reference levels of the substance.

According to OCU, one of their biggest concerns is children’s exposure to acrylamide, highlighting that the two baby products affected are organic.

However, they continued to explain how ecological products have an added difficulty because they are not able to use the enzyme asparaginase, that is used as a food processing aid to reduce the formation of acrylamide, because it would go against the regulations for organic food.

OCU and BEUC have sent the study’s results to the European Commission and AESAN and have asked them, among other requests, to reduce the reference values and become mandatory limits.