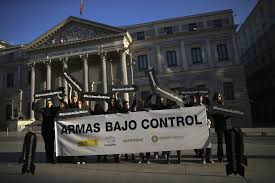 An investigating magistrate in Spain is accusing senior officials at a state-owned export agency of corruption, money-laundering and other crimes in connection with Spanish arms sales to Saudi Arabia.

A National Court statement issued Wednesday said magistrate Jose de la Mata wants to put on trial nine people, including the former president and some board members of Defex, which markets goods manufactured in Spain.

The court says they are accused of illegal conduct surrounding 11 contracts worth more than 48 million euros ($54 million).

A judge will decide whether to proceed with a trial.

The court is also weighing a possible trial for Defex officials over arms sales to Angola and Cameroon.