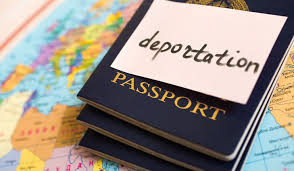 A 19 year old man who was tracked by police to Spain and returned to the UK under a European Arrest Warrant has been found guilty of murder at an Old Bailey hearing.

Jack Stevens, 19, was arrested for the murder of 27-year-old of Nashon Esbrand in Islington in August 2017.

Stevens was traced down following an investigation involving the Metropolitan Police, the National Crime Agency and Spanish authorities.

On Wednesday he was found guilty of murdering Mr Esbrand.

Three other people – Dillon Zambon, 21; Jhon Berhane, 19; and a 17-year-old from Islington – were sentenced last year in connection with the attack. Zambon and Berhane both got life sentences and the youth, who was 15 at the time of the attack, was handed a minimum of 12 years for landing the fatal stab wound.

The prosecution alleged that Stevens, then aged 18, played a leading role in the “coordinated” pursuit, entrapment and killing of Nashon Esbrand, 27, that ended with the victim being stabbed three times on a doorstep yards from his parents’ house.

He died in hospital the following morning.