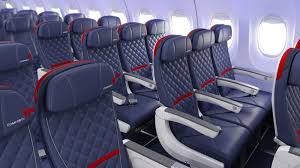 Passengers who pay extra to reserve plane seats together could be wasting their money claims consumer watchdog Which?

A survey found that, on average, 86 per cent of passenger end up sitting together if they don’t pay extra for allocated seating but with the Irish budget airline the figure drops to a low 46 per cent.

The report analysed the experiences of more than 3,000 economy passengers who flew with ten of the most popular airlines in Europe.

Ryanair has long confessed that it does not try to keep groups together but has always denied actively splitting them up in order maximise profits by effectively forcing people wishing to sit with travelling companions to pay extra for seats.

The best performing airline was Aer Lingus where 96 per cent of those flying who did not pay for reserved seating ended up sitting together.

The consumer group also asked airlines that operate paid-for seating options whether they seat families, couples and groups together and they all confirmed that they did with the exception of Ryanair and Wizz Air.

Which? also highlighted a lack of consistency in how airlines handle families travelling with young children.

They found some airlines ensure children under 12 are seated with at least one adult while others, including Ryanair, insist that at least one adult in a travelling party which includes children select a paid-for seat. They can then reserve seats for up to four children at no cost.

Rory Boland, travel editor at Which? said: “Unless you are flying with Ryanair or Wizz Air or fancy a little extra legroom, it’s not worth paying more to choose your seat, as you’ll be seated next to your travelling companions anyway.”

“It’s worrying to hear that parents are being separated from young children. It’s reprehensible for any airline to make money by splitting up families and we would encourage the regulator to examine such cases closely.”

They found that almost a fifth of airline passengers had been separated from the rest of their group because they didn’t pay extra to sit together.

The regulator announced the review after finding passengers are confused about whether they have to pay more to sit together, with six out of 10 passengers choosing to pay to avoid the risk of being split up.

Airlines are allowed to charge for allocated seating, but the CAA said they would look at whether passengers are being treated fairly, and whether any charges they need to pay to sit together are made clear before they book.

The CAA estimates passengers may be paying up to £390 million a year for allocated seating, with two-thirds of those who do pay shelling out between £5 and £30 for each allocated seat – and 8 per cent paying more than £30.

The CAA says young children should ideally be seated in the same row as a parent or guardian, and if this is not possible there must be no more than one row between them.

Andrew Haines, chief executive of the CAA, said: “Airline seating practices are clearly causing some confusion for consumers. Airlines are within their rights to charge for allocated seats, but if they do so it must be done in a fair, transparent way. Our research shows that some consumers are paying to sit together when, in fact, they might not need to.

“It also suggests that consumers have a better chance of being sat together for free with some airlines than with others. The research shows that it is the uncertainty around whether their group will be split up by the airline that is driving consumers to pay for an allocated seat.

“We will be looking into how airlines decide where to seat passengers that have booked as part of a group and whether any airlines are proactively splitting up groups of passengers when, in fact, they could be sat together. We will not hesitate to take any necessary enforcement action should it be required at the end of the review.”