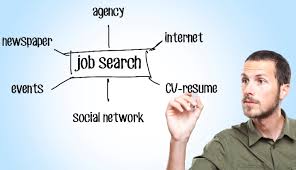 New data shows jobless rate has inched up to 14.7%, but minister says seasonal factors are to blame

The Spanish labor market is proving to be more resilient than most people expected at a time of internal and external uncertainty. While unemployment grew in the first quarter of 2019, the Spanish economy has created 596,900 jobs over the past 12 months, representing a 3.14% increase, according to data released on Thursday by the National Statistics Institute (INE). This is the highest figure for a one-year period since the summer of 2007, before the start of the economic crisis.

In the first three months of the year, there were 19.5 million people in employment and 3.35 million out of a job, putting the jobless rate at 14.7%. There were an additional 49,900 people filing for unemployment benefits between January and March, the biggest quarterly increase since 2013.

The quarterly figures are influenced by the fact that the Easter holiday – which represents a peak in seasonal hiring – came late this year. Last year, Easter was observed in March. The INE also offers seasonally adjusted figures, which show that unemployment fell by 2.92% during the three-month period.

No signs of a slowdown

Calviño played down the fact that the unemployment rate has inched up from 14.45% in the last quarter of 2018 to 14.7% in the first three months of 2019. The minister said that first-quarter results are typically worse because of seasonal factors.

Calviño said the first-quarter figures should be compared with the same period last year, and noted that job creation is doing well. She said there are no signs of a slowdown in the labor market and that she hopes to end this year with an unemployment rate of 14% or less. Six years ago, this figure reached a historic high of 26.9%.

Nearly 26% of Spain’s workers are on temporary contracts, while 12,124,000 people had open-ended contracts in the first quarter.