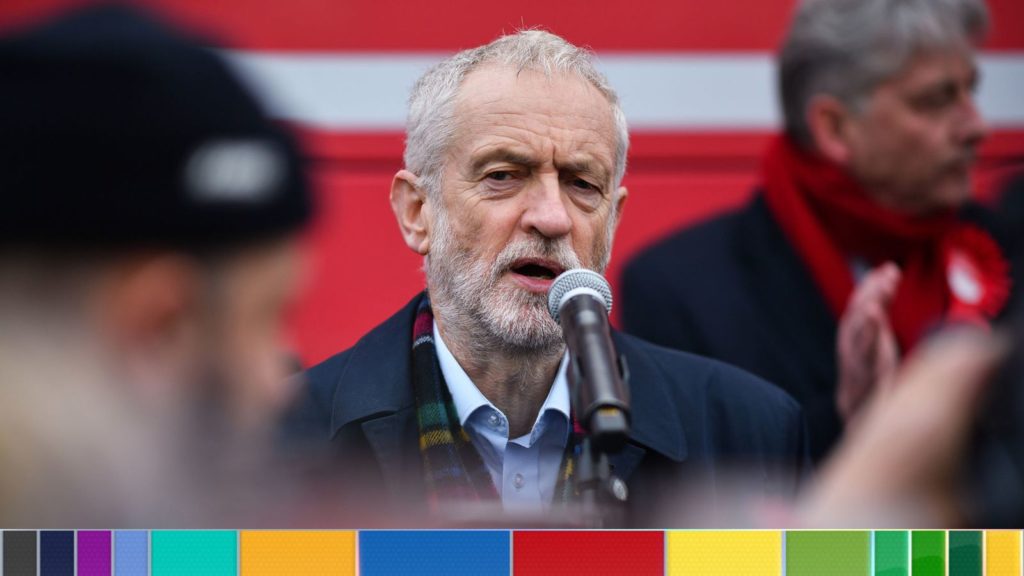 Boris Johnson has labelled Jeremy Corbyn “naive to the point of being dangerous” over comments he made about putting the former Islamic State leader on trial.

Mr Corbyn was asked about foreign policy following a comment he made in 2011 that it was a “tragedy” that al Qaeda leader Osama bin Laden was not arrested and put on trial.

The Labour leader suggested that if it had been possible to detain IS leader Abu Bakr al Baghdadi alive and put him on trial it would have been “the right thing to do”.

Al Baghdadi killed himself by detonating a suicide vest during a raid by US forces in Syria.

Mr Corbyn told LBC: “We live in a world with huge levels of danger and insecurity brought about by wars, intervention, human rights abuses and climate change.

“I would lead a government that is serious about human rights abuses around the world. That won’t sell arms to Saudi Arabia, that will support continuation on the Iran nuclear deal and bring about peace in Syria.”

Asked whether the death of al Baghdadi was a “tragedy”, he said: “If we preach international law and international legal process through the International Court of Justice in the Hague, then we should carry it out and if it’s possible to arrest somebody and put them on trial, then that is what should have been done.

“That is what I said about the death (of bin Laden) in 2011 and it will continue to be my principle.

“If we believe, as we do, in international law and justice and the power of the International Court of Justice, then we should do everything we can to bring people, where they deserve to go on trial, to be put on trial.”

He added: “Him being removed from the scene is a very good thing. If it would have been possible to arrest him – I don’t know the details of the circumstances at the time, I’ve only seen various statements put out by the US about it – surely that would have been the right thing to do.

“If we want to live in a world of peace and justice, we should practice it as well.”

Mr Johnson responded by saying: “Al Baghdadi was an absolute diabolical foe of this country, of our liberal values, everything we believe in and support. He was responsible for untold murders.

“I do not think it realistic to suggest that he could just be apprehended by the police, or anybody, in the circumstances in which he was finally run to ground.

Mr Corbyn’s remarks are likely to give opponents a reason to focus on his record on national security matters.

The Labour leader was reluctant to criticise Russia over the Salisbury spy poisoning, despite international outrage and the views of the Organisation for the Prohibition of Chemical Weapons.

And there has been criticism over Mr Corbyn’s approach to the Trident nuclear deterrent.

Defence minister Johnny Mercer said: “I think Jeremy should come with us in some of these operations and try to arrest individuals wearing suicide vests like Abu Bakr al Baghdadi. I may hang back at a safe distance and see how it goes.”