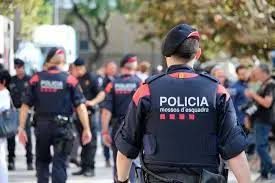 The Mossos d’Esquadra police force have confirmed that a serial sex offender who preyed on women in Spain has been detained in police custody.

The 24-year-old man has been accused of committing multiple sexual assaults on women since the end of 2018 across the municipality of Lleida.

The predator had targeted women in the street where he launched brazen assaultsin public and in several cases had even followed the women into their homes.