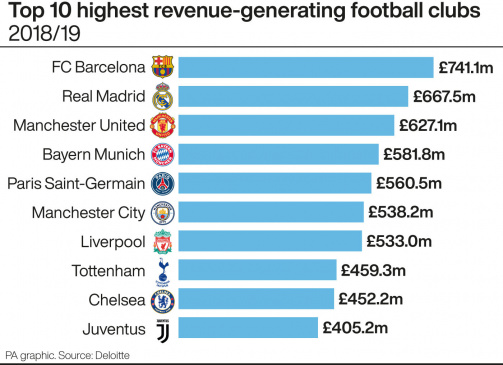 Barcelona FC generated more money than any other club in Europe for the first time last season, a study has found.

The Spanish club earned £741.1m in revenue in the 2018-19 season according to Deloitte’s Football Money League.

Real Madrid swapped places with Barca and fell to second on £667.5m, with Manchester United third on £627.1m.