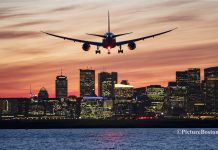 The 10 safest budget airlines for 2020 have been named, and Catalunya-based Vueling is among them.

Australian national airline Qantas takes the top spot yet again – having been leader in practically every major developments and advances in operational safety in the last 60 years.

Owned by the IAG group, which also owns Iberia and British Airways, Vueling joins other European low-cost carriers Flybe and Wizz Air, both of which are regulars in most of Spain’s main airports.