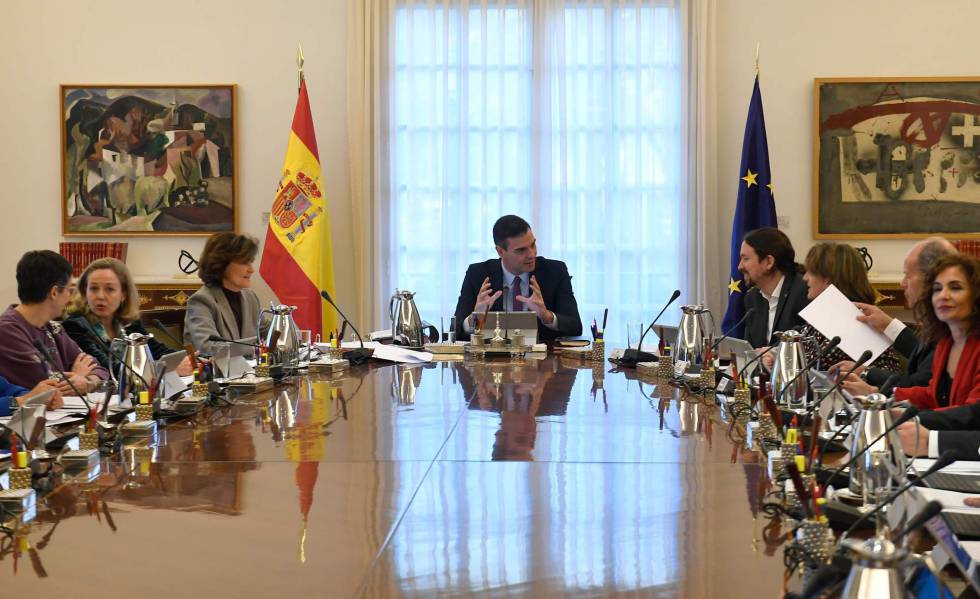 The first measure adopted by the the new coalition Cabinet, which met yesterday, was a 0.9% rise in pensions, a move that had been on hold until a government could finally be formed.

Prime Minister Pedro Sánchez said the new executive wants to quickly make up for lost time, and plans on seeing out its full four-year term, despite lacking a working majority.

Sánchez did not go into detail about the decisions that will have to be made in the coming days, including a pay rise for civil servants, a rise in the minimum wage and the government’s spending cap.

But he did come out in defence of his first major appointment: that of former Justice Minister Dolores Delgado as attorney general.

The decision has caused widespread controversy given that the public prosecutor is supposed to operate independently of the government.

The PM also said he wanted to meet Catalonia’s pro-independence regional leader “as soon as possible” and hoped Madrid would start negotiations soon with the European Commission on easing its public deficit targets.