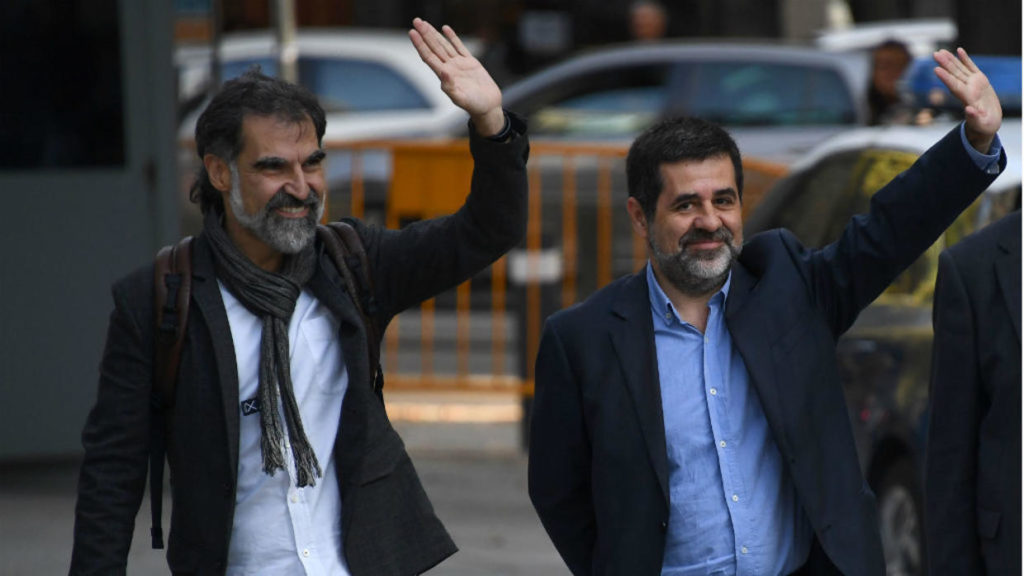 Two of the nine Catalan separatist leaders jailed in Spain last year over a failed 2017 independence bid will soon be granted a 48-hour release from prison.

Spain’s Supreme Court sentenced Jordi Sanchez and Jordi Cuixart to nine years each behind bars in October after convicting them of sedition over their role in organising a banned secession referendum in October 2017 which was followed by a short-lived declaration of independence.

The pro-independence regional government said since Sanchez and Cuixart have been remanded in custody since October 2017, they qualify to apply for temporary release since they have already served a quarter of their sentence.