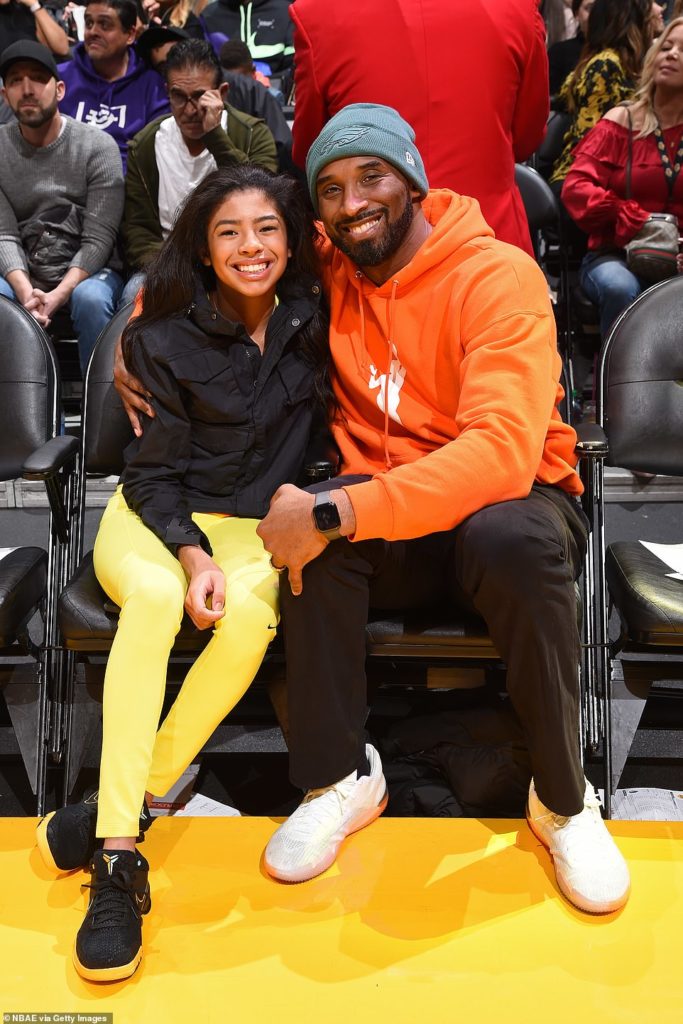 Kobe Bryant’s helicopter pilot was told he was ‘too low’ as he flew through thick fog moments before slamming into a hillside in a crash which killed all nine on board.

The NBA legend and his 13-year-old daughter Gianna died along with seven others yesterday when the Sikorsky S-76 (seen left) came down in Calabasas, California.

They had flown from John Wayne Airport near his home in Newport Beach and were on their way to Thousand Oaks to Bryant’s Mamba Basketball Academy when they crashed. The flight took off shortly after 9am. At around 9.20am, pilot Ara Zobayan circled above Burbank Airport for 15 minutes.

He was relying on his eyesight alone to make out the terrain beneath him, choosing not to utilize what is known in flying as instrument flight rules (IFR), which would have allowed him to navigate through the clouds but which would have taken longer.

There are conflicting reports that he was trying to land at Burbank and that he was just held there because of it being busy. After around 15 minutes circling above Burbank, he started flying west towards Thousand Oaks, following the highway, but without explanation, dipped south towards Calabasas.

Seconds after being told he was ‘too low’ by a Socal approach air traffic controller, he crashed into a hillside.

There was only one pilot on board, which an aviation source said it was unusual for the Sikorsky S-76 helicopter Kobe was in.

What exactly caused him to crash remains unconfirmed but ‘all the signs’ point to the pilot not being able to see where he was going and not using altitude monitoring instruments, the source added, instead relying solely on his eyesight.

Bryant was heading to the Mamba Academy he founded in Thousand Oaks to watch his basketball prodigy daughter.

Her team-mates Alyssa Altobelli and Payton Chester were also on board as were Alyssa’s parents, John and Keri Altobelli, Payton’s mother Sarah Chester and their coach Christina Mauser. Pilot Ara Zobayan also died.

Investigators say it could take several days to recover all their bodies because of the rough and dangerous terrain at the crash site. Debris scattered as far as 100 yards in each direction of the crash.