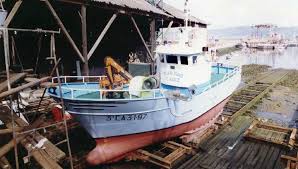 Parts of a fishing boat missing since Wednesday with six fishermen on board, have been found.

The ‘Rua Mar’, based in Algeciras in the Cadiz region, disappeared in Moroccan waters in the early hours.

The crew were thinking of returning at night, because the weather was bad” but maritime rescue contacted the shipowner to say that a distress signal had been detected, shortly after it lost contact with the vessel.

Two oil drums and two rafts were located by another fishing boat and the serial number of the rafts are those which belonged to the missing vessel.