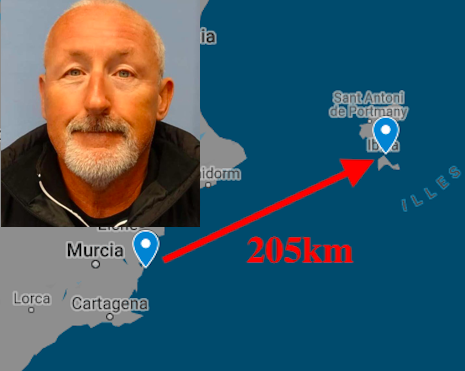 The body of missing Briton Kenny McPherson has been found over 200km from where the 62-year-old set out kayaking last November.

The Guardia Civil in Ibiza have confirmed the body washed up on Formentera, is that of the Scottish-born McPherson.

His body had been at sea for two months after he went missing from Torrevieja’s Marina on November 23 in a kayak.

He had flown to Spain in early November to spend a few weeks at his holiday home on the Costa Blanca.

It was initially thought the body could have been that of 25-year-old Ben Garland, who went missing during the deadly storm Gloria a week ago after failing to return from a motorbike ride.