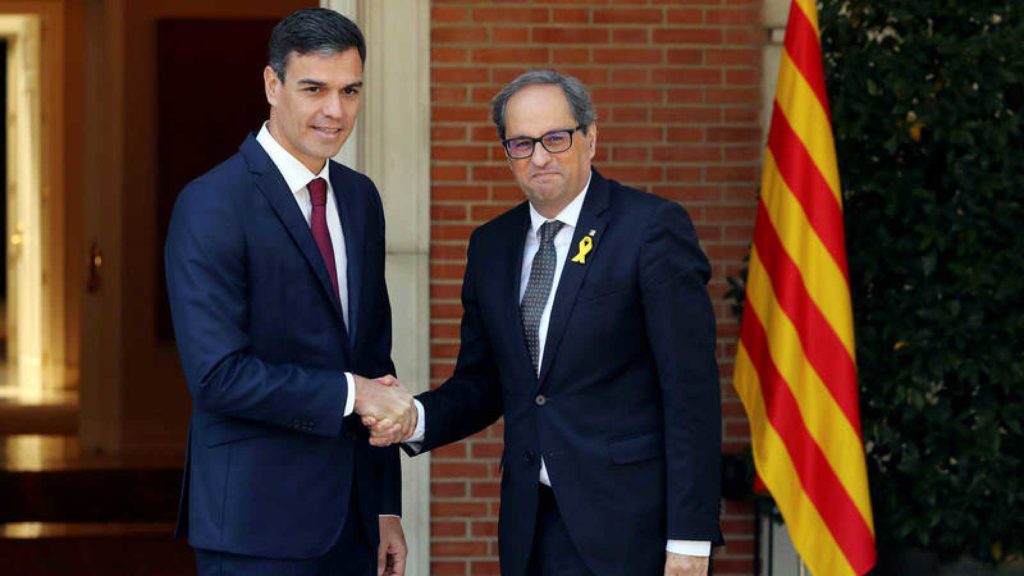 Spanish Prime Minister Pedro Sánchez held a much-anticipated meeting with the Catalan regional premier Quim Torra yesterday, as part of promised talks on the future of the region.

The two politicians met in Barcelona and, during their encounter Sánchez proposed that political dialogue starts this month.

Catalonia has been immersed in an independence drive for years, which peaked in 2017 when an illegal referendum on secession from Spain was held, followed by the passing of a unilateral declaration of independence by the Catalan parliament.

Last year saw nine of the pro-independence politicians and civil association leaders jailed for their involvement, while the trial of four figures connected to the regional police force, the Mossos d’Esquadra, for their role, is ongoing.