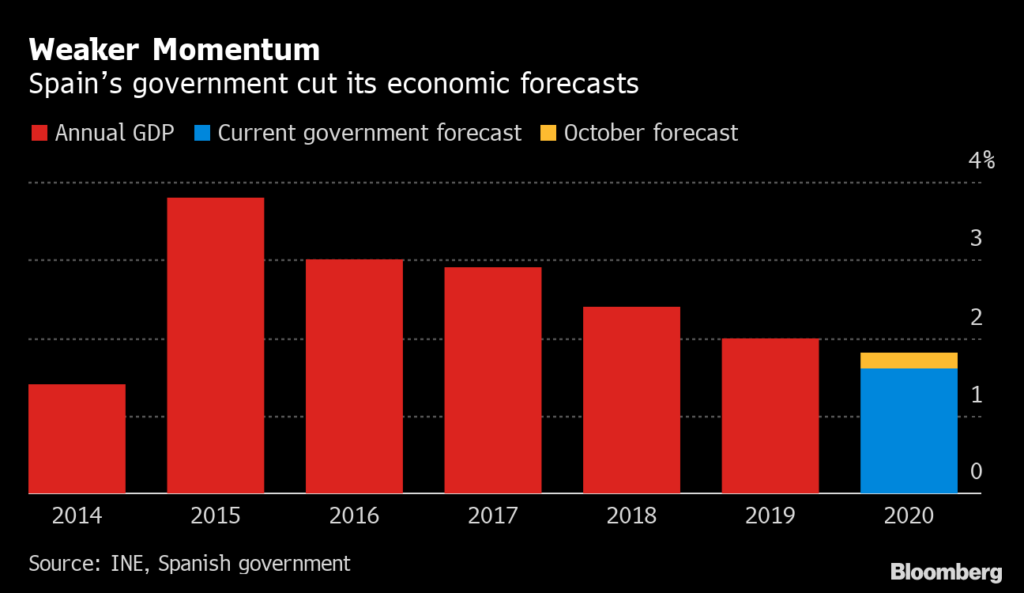 The government has cut its forecast for economic growth this year and said it would increase spending in a bid to inject more momentum into the country’s strong-but-slowing expansion.

It expects the economy to expand by 1.6% this year, less than a forecast given in October of 1.8%.

That compares with the 1.7% growth rate projected for this year by Spain’s central bank.

Economists have been warning successive Spanish governments to seize on robust economic growth to tackle the country’s still-high deficit and pile of debt.

But several years of weak, minority government have complicated that task, despite one of the strongest rates of growth among major European economies.

Spain’s government, a coalition between the center-left Socialists and anti-establishment Podemos, has pledged to put in place sound fiscal policies, narrowing the deficit and lowering the country’s debt-to-GDP ratio. That figure is now close to 100%.