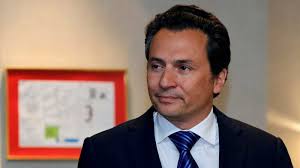 A Spanish court has ruled that a former head of Mexico’s state oil company must remain in custody while an extradition case is heard against him.

A judge ruled that Emilio Lozoya is a flight risk, according to a statement from the National Court in Madrid.