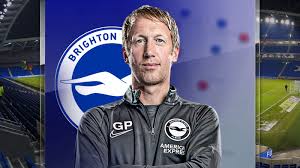 Brighton have launched an investigation after a video emerged of four players inhaling from balloons during the club’s winter break here in Spain.

Brighton manager Graham Potter has brought his squad to Spain after a difficult run where they have taken four points from their past six games, leaving them just three points above the relegation zone.