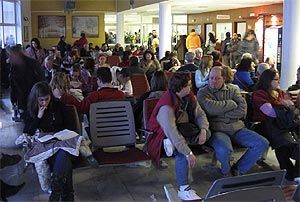 New figures show waiting lists at two of the Costa Blanca’s largest hospitals are HALF the regional average.

The University Hospital of Torrevieja and Hospital del Vinalopó in Elche have average waiting times for operations of just 39 and 45 days, respectively.

This compares to the 86 day average in the Valencian community, according to figures released by the Department of Health.