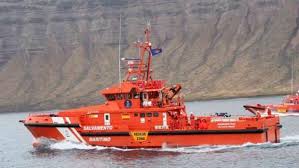 Spain is searching for dozens of migrants missing on three boats en route to the Canary Islands in the Atlantic Ocean.

Spain’s maritime rescue service said a Civil Guard airplane was searching near the islands of Lanzarote and Fuerteventura.

The human rights group Walking Borders, says that the migrants, including women and children are believed to have departed from the northwest coast of Africa between Friday and Saturday.

Although the total number of sea crossings to Spain dropped by more than 50% in 2019, arrivals doubled via the dangerous Atlantic route to the Canarys, whose nearest point is about 100 kilometers (62 miles) from the African coast.

According to the International Organization for Migration at least 210 people died on that route last year.