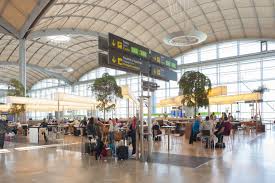 A total of 743,713 passengers passed through Alicante-Elche Airport during January, which represents a decrease of 5.3% compared to January 2019.

According to airport authority Aena, the fall is due to the closure of the airport because of the fire at the terminal on January 15 and the effect of storm Gloria, which also saw the airport closed for saftey reasons over the fire damaged roof.

The incidents caused 492 flights to be cancelled, of which 421 were re-directed to Murcia and Valencia Airports.

In all Alicante airport managed a total of 5,409 flights in January, which represents a 10% drop compared on the previous year.