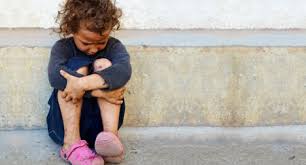 New figures show that 29.9% of children live below the poverty line in Spain, a figure that has severely increased since the financial crisis.

The study reveals that in 2008 during the rate of child poverty in single income homes was 35.5%. Ten years later, that figure has rose to 48%.

This gives Spain one of the highest rates of child poverty in Europe.