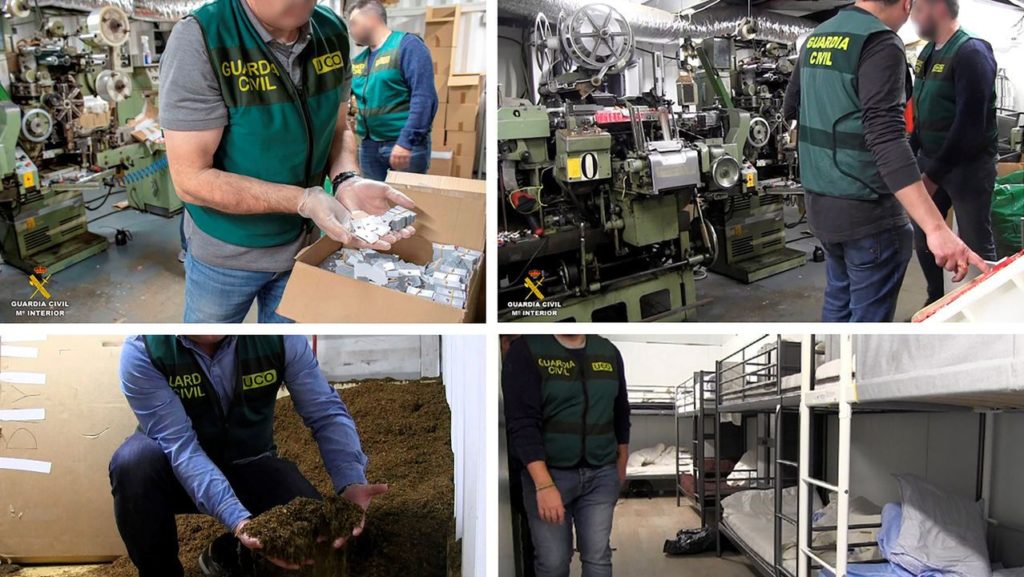 Six workers trapped in squalid, suffocating conditions have been rescued from an elaborate cannabis farm and counterfeit tobacco factory hidden beneath a mountain village after police arrested the suspected masterminds.

The secret operation, complete with machinery that could produce up to 3,500 cigarettes an hour, was hidden in a maze of tunnels accessible only through a trapdoor covered with hay in a stable block.

But once the suspected kingpins were seized, no one refilled the generator that provided oxygen to the mix of Ukrainian and Lithuanian workers.

This left them gasping for air shouting and banging on the soundproofed trapdoor to raise the alarm until police finally freed them.