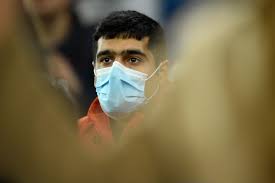 Several major Spanish hospitals are starting to check patients being treated for pneumonia who do not have additional symptoms such as complications from flu, for the Covid-19 coronavirus.

The measure is being taken due to the belief among health professionals that the “virus may have been circulating in Spain for several days” as was seen in Italy last week.

The protocol being followed previously only allowed for specific tests to detect the virus, when patients met two criteria, if they were suffering respiratory symptoms and they had some kind of link with the epicenter of the epidemic in China.

Two people admitted to hospital in Malaga have tested negative for the coronavirus but five cases have been confirmed here in Spain so far.

The first two patients have already been discharged after being quarantined at hospitals in La Gomera in the Canaries and Mallorca on the Balearics.

An Italian doctor and his wife have tested positive while staying at the Costa Adeje Palace on Tenerife, leading authorities to isolate around 1,000 guests at the hotel.

A fifth case was confirmed yesterday afternoon in a resident of Barcelona who had traveled to northern Italy recently.