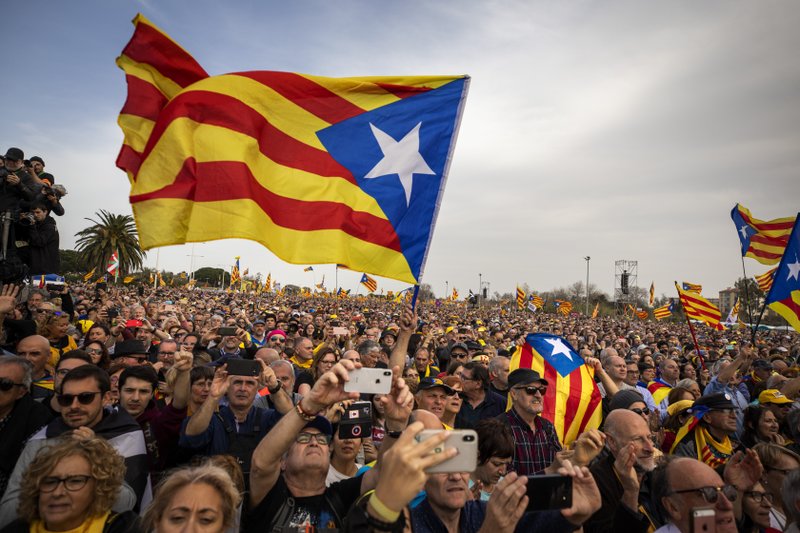 Tens of thousands of Catalan independence supporters gathered in Perpignan, southern France, on Saturday at a rally in support of exiled former Catalan leader Carles Puigdemont, who called on the crowd to prepare for the “definitive struggle” for independence.

At around 30km from the Spanish border, it is the closest Puigdemont has been to Spain since he fled the country in October 2017 after calling a referendum on independence.

Puigdemont, who is now a member of the European Parliament and lives in exile in Belgium, urged supporters waving Catalan flags not to give up on the fight for an independent Catalonia.