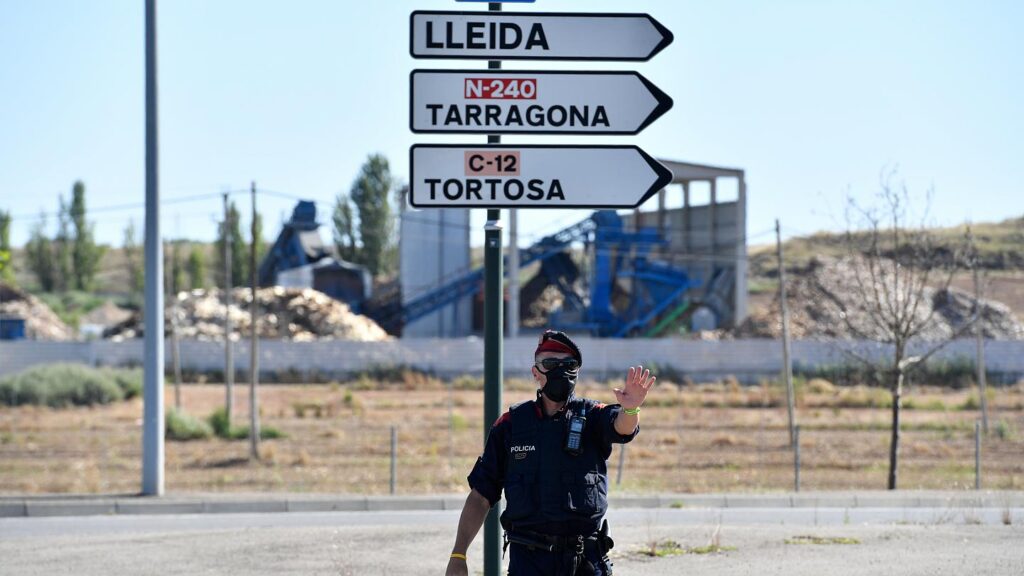 Authorities ordered a new lockdown for 200,000 people in Lleida province in northeastern Spain on Saturday due to outbreaks of Covid-19, the first confinement order since the nation’s state of emergency was lifted on June 21.

It will be enforced by 24 police checkpoints around the Segrià county perimeter, preventing movement in and out, except for work or to care for people with special needs.

Elsewhere, in southern Malaga, whose airport is a major entry point for tourists heading to Spain’s Costa del Sol beaches, medical authorities are investigating an outbreak with 105 confirmed cases of Covid-19.

In Granada, home to the Alhambra Palace cultural site, they are also investigating five other outbreaks, with a combined total of 29 confirmed cases mostly in the local region.

The Spanish government, business leaders and unions have signed a deal to reactivate the economy and create employment in the wake of the coronavirus crisis, which has left more than 28,000 dead and devastated the economy.

The signing, led by Prime Minister Pedro Sánchez, took place after an extraordinary Cabinet meeting, at which ministers approved a number of economic measures, including financing the digital transformation of firms and assistance for the country’s ailing tourism sector.

Among the measures is a plan to back €40 billion of loans aimed at the digital transformation of companies and adapting them to sustainable processes, as well as a €10 billion fund to shore up companies outside the financial sector that have been affected by the pandemic.

Under this scheme the government would acquire interests in these companies, and as such could receive “dividends, interest and capital gains,” which would go the public treasury.

These funds won’t not go to banks or other financial institutions, as was the case after the 2008 financial crash.

The Cabinet also approved a Royal Decree containing measures that include a moratorium on mortgage payments on tourist properties that have been affected by the economic situation caused by the coronavirus crisis.

The moratorium will be available for the self-employed and businessess who are facing financial difficulties.

Anyone who is renting a commercial premises will also be able to enjoy the payment relief, via their landlord, who will have to apply for it and then pass on the benefits to their tenant.

The government also approved a financing plan for the digitalisation of, and innovation in, the tourist sector.

The plan involves a line of soft loans totaling €216 million for 2020 for projects that promote the digitalisation of tourist companies and destinations, as well as those focused on the internationalisation of the sector.

Another of the plans approved is aimed at developing rural and inland destinations for tourists. The aim is to benefit 260 different sites, with funding of €23 million in 2020 and €30 million in 2021 and 2022.

The Cabinet has also approved its €250-million subsidy scheme for the purchase of new vehicles, as well as second-hand vehicles that were first registered this year.

Applicants will be able to apply for subsidies ranging from €300 to €4,000, depending on the type of vehicle.

The scheme will be available until June 2021, or until the funds run out.

The government has argued that the plan will also serve to modernise Spain’s aging fleet of vehicles, and thus reduce pollution levels.