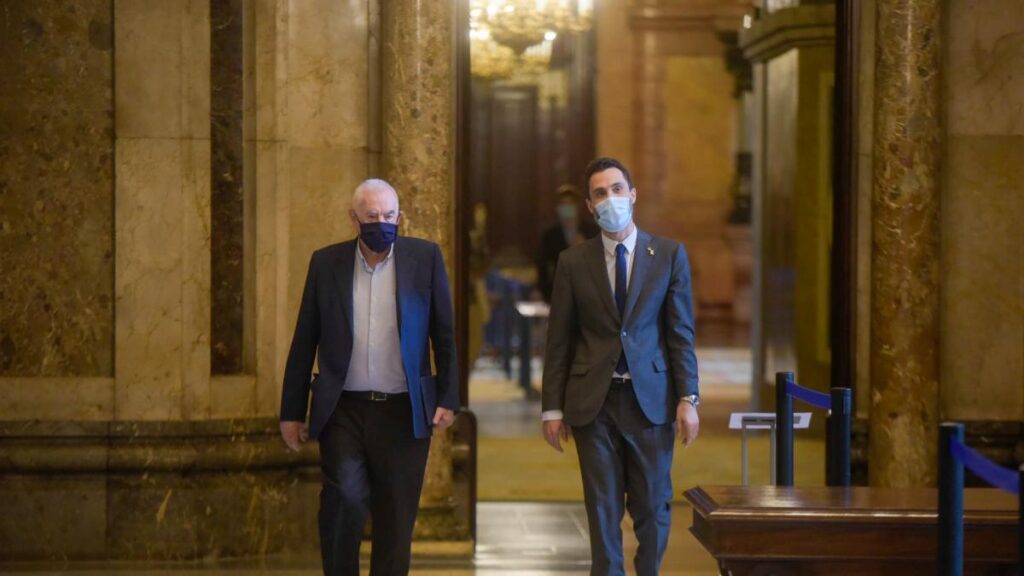 Two leading members of the Catalan independence movement whose mobile phones were targeted with spyware are to take legal action against the former head of Spain’s national intelligence centre (NIC).

The announcement came after a media investigation revealed that Roger Torrent, the speaker of the Catalan parliament, and the former regional foreign minister Ernest Maragall were among at least four pro-independence activists targeted using Israeli spyware that its makers say is sold only to governments to track criminals and terrorists.

Torrent has said the revelations were proof of the Spanish state’s “dirty war” against its political opponents, while Maragall said he was not surprised to learn he had been targeted.

On Thursday, the pair – both MPs for the pro-independence Republican Left of Catalonia party said they would file a legal complaint against Félix Sanz Roldán, who was head of the NIC when their phones were targeted last year.

“The acts that took place constitute offences under criminal law – the offence of unauthorised intrusion and of computer espionage or illegal eavesdropping,” Torrent and Maragall said in a statement, adding that the offences were punishable with prison sentences.

They said they had decided to take action against Roldán after reports emerged that Spanish intelligence services HAD purchased the Pegasus spyware from the Israeli NSO Group despite denials from the interior ministry.