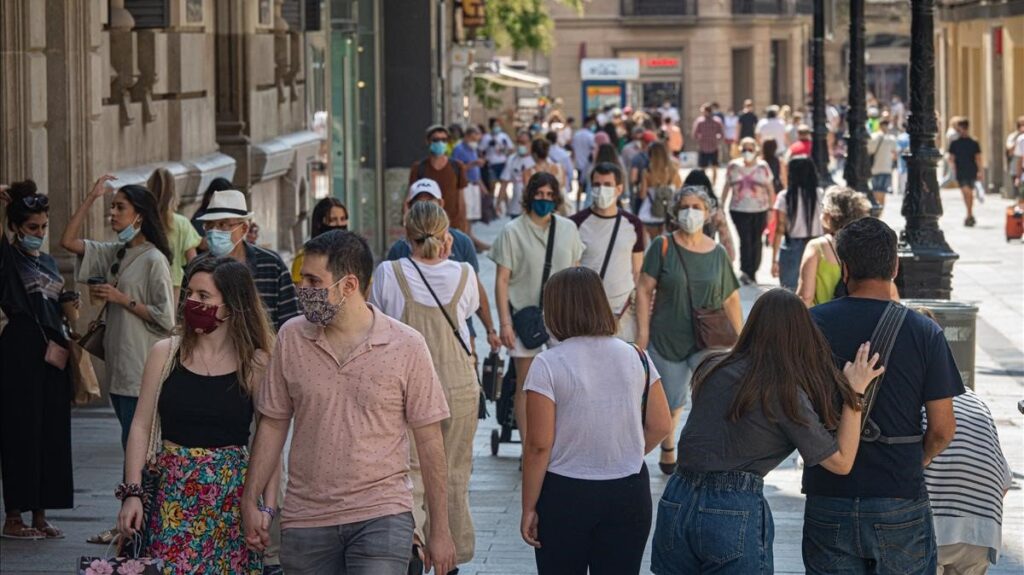 In Catalonia, nearly 8,000 cases were diagnosed in the last 14 days, almost half of the 16,410 detected throughout the country, despite guidelines for residents of regional capital Barcelona to stay at home.

Murcia, in the south east of Spain, has sealed off 30,000 people in the town of Totana, barring anyone from entering or leaving after 55 cases linked to a bar were detected there.

And, in a deepening spat between regional and central authorities, Madrid is pushing the central government to impose stricter controls on the city’s Barajas airport after more than 70 passengers landed in the capital while infected.

Madrid authorities also urged people to wear a mask even at home, when they are with people they don’t live with.