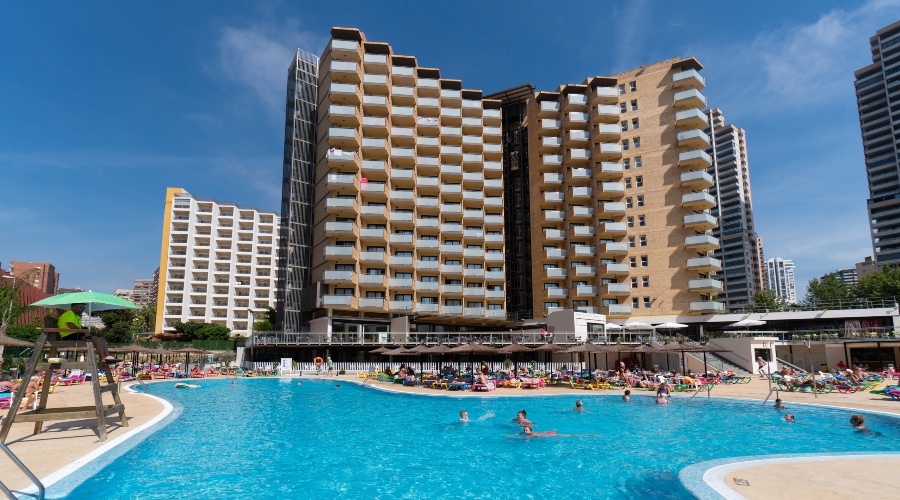 Medplaya Hotel Rio Park in Benidorm has announced it will shut its doors on 30th July directly due to ‘changes’ on travel advice to Spain from the UK’s Foreign Office.

The hotel, part of the Medplaya group, has a pop-up message on its website saying they ‘regret’ the decisions made last Saturday to impose a 14-day quarantine on travellers returning from Spain.

“We regret that, as a result of the impact of recent changes in COVID-19 advice from the UK’s Foreign Office, we are forced temporarily to close the Hotel Rio Park from 30th July.”

The message said that Medplaya hotels Regente, Agir and Riudor will stay open during the summer.

According to Costa Blanca tourism association Hosbec, 40% of all tourists in the Valencian Community are British.

The association said in a statement that reservations made in the last few weeks showed ‘hope’ that the months of August, September and October would help the tourist industry to recuperate.

They said the quarantine was like a ‘jug of cold water’ on the Costa Blanca’s tourism industry, especially as Norway, Belguim and France have introduced restrictions or warned against travel to Spain.

It comes as TUI decided to cancel all flights to peninsular Spain until 9th August. Flights to the Balearic Islands and Canary Islands were cancelled on 26th July, but the company has said it will maintain flights to these islands despite the 14-day quarantine on return to the UK.

Hosbec said that the Valencian Community should join the archipelagoes in creating travel corridors exempt from the quarantine.