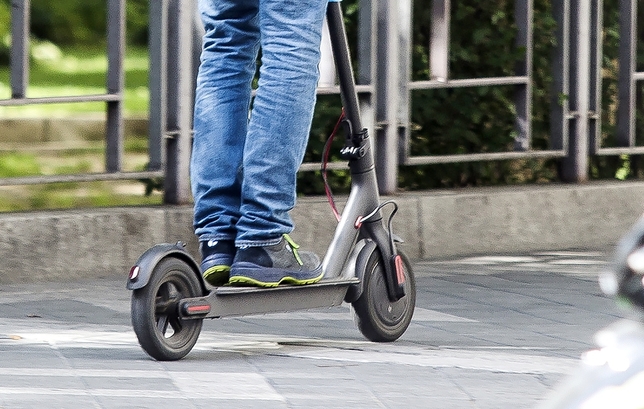 The Ajuntament de Calp has prepared legislation to begin fining electric scooter riders up to €3,000 for using pavements, parks and paseos.

It is a first for the municipality, and the legislation will come into immediate effect on August 14.

Police will have powers to penalise riders according to three separate infractions, that will carry fines from between €750 – €3,000.

The rules will apply to all ‘personal mobility vehicles’ that generally have a velocity between 6 – 25 km/h.

The only exception for using pavements, parks and paseos will be for people will disabilities who need to use mobility vehicles.

The rules state that electric scooters may use bicycle lines, roads with a maximum speed limit of 30 km/h, or residencial streets with a limit of 20 km/h.

Riders may not leave their scooters parked on pavements, neither attached to trees nor lamp posts; they can only be parked in zones marked for bicycles or motorbikes.

The minimum age of riders will be set to 16 years, though minors with a motorbike licence will be permitted to circulate on public roads.

Among prohibitions include carrying a passenger or riding in a reckless manner.