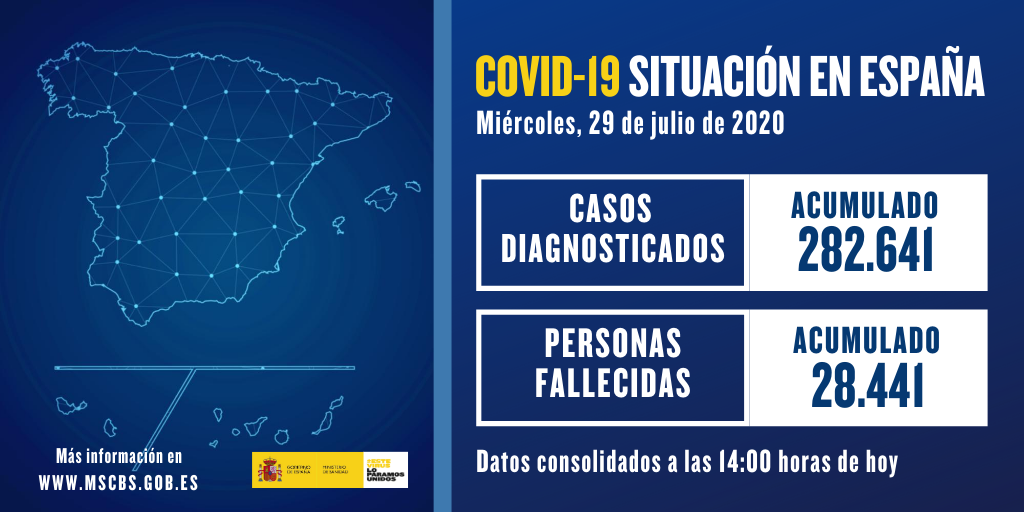 Spain’s Ministry of Health has announced the highest number of daily new COVID-19 infections since May 1 as 1,153 cases were announced in today’s statistics.

It is the highest number since May 1, when 1,175 daily new cases were recorded – and when were still a week away from easing lockdown.

The milestone 1,000 has also been named by health officials as a ‘limit’ in Spain’s post-lockdown new normality before new sweeping restrictions might be imposed.

It comes as Spain is battling more than 400 localised outbreaks across the country.

Around 50% of new cases are now occurring in the 19-34 age group, who are largely asymptomatic.