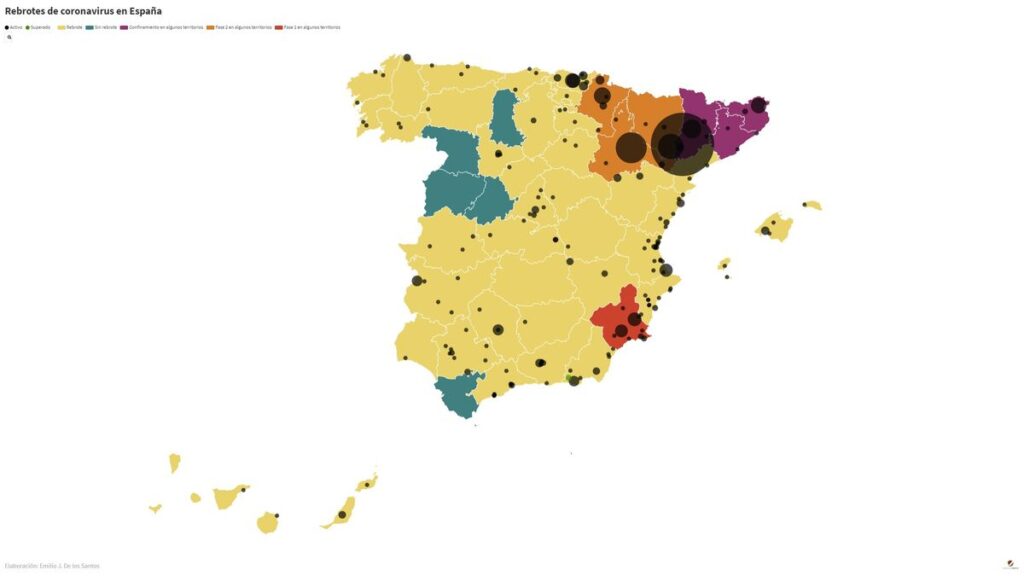 The latest official figures released by the Spanish Health Ministry yesterday for the number of people who have tested positive for Covid-19 is now 285,430.

This is an overall increase of 2,789 against the figures released on Wednesday, yet with the ministry stating that 1,229 of these infections have occurred in the previous 24 hours, the highest daily increase since 1 May.

The Catalan government has begun to ease restrictions introduced in Barcelona city and parts of Lleida province.

On Wednesday, regional authorities lifted the confinement of the city of Lleida and another six municipalities.

The regional government has also allowed sidewalk cafes and restaurants to reopen at 50% capacity.

And Spain’s Melia Hotels has swung into a first-half net loss of 358.6 million euros from a 47.7 million euro profit after the coronavirus pandemic forced the closure of most of its hotels.

The company said the second quarter of 2020 was the worst in it’s history with revenues at almost zero in April and May.