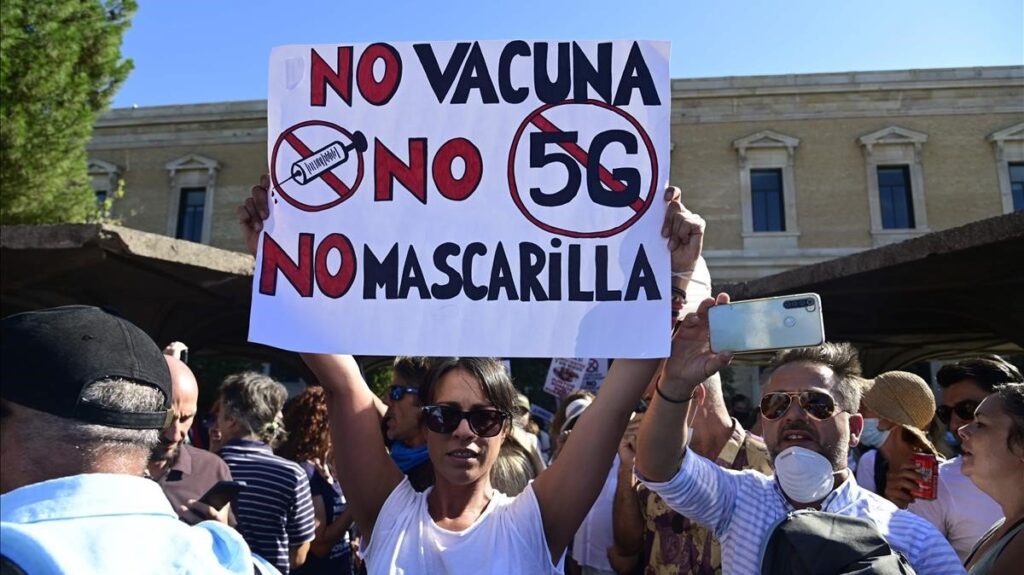 “It won’t be cheap for these people who put the health of Madrileños at risk,” Franco told radio station Cadena Ser this morning.

He said the Policia Nacional would look ‘closely’ into the demonstration. He said agents had already identified 30 people, which included a number of organisers.

The government delegation in Madrid (each autonomous region has a delegation to represent the central government) has already announced it will investigate the protest as it didn’t go ‘as pre-arranged’.

Franco said the application for permission guaranteed the demonstration ‘was not intended’ to complain about mask use, and that social distancing would be controlled.

He said the protest was given permission according to the fundamental right in Spain’s constitution.

However, Franco said that some ‘brainless’ participants ignored social distancing and masks – which will be punished by the state.

He said protesters tried to ‘take over’ Madrid’s Paseo de la Castellana before police blocked off the attempt.

“Those who have acted in such an uncivil manner will receive their just punishment,” Franco said.

Chants of ‘we want to see the virus’, ‘freedom’ and ‘it’s 5g that kills’ were reported in Spanish daily paper El Pais.

Pablo River, 58, told reporters: “We don’t deny the virus, but the measures the government is taking to fight it. The number of deaths we’ve seen doesn’t justify shutting down the economy.”

The protest itself was partly organised by Spanish artist Miguel Bose, who for months has claimed that Bill Gates is behind the pandemic with plans to implant 5g chips in a future vaccine to control populations – a theory refuted by scientists.

A video calling people to the protest via is Twitter reads ‘we are totally against the obligation to wear masks at all times’.