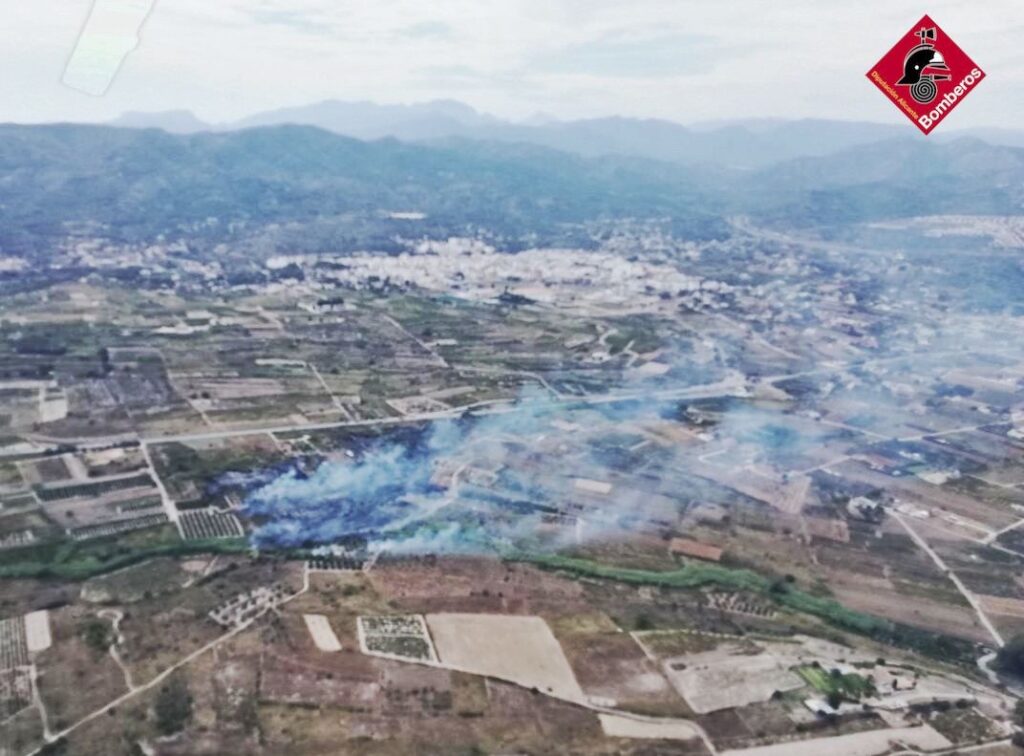 Arson is believed to be behind repeated fires that have broken out in a stretch of campo beside the CV-734 road between Gata de Gorgos and Javea.

The Rana de Gata has seen four fires in as many days on a site of immense historic importance – an irrigation system dating back to the Moors – and a 30m eucalyptus tree planted in 1915 by former mayor doctor Moratal.

The tree was calcified on Saturday as Gata’s present-day mayor, Josep Franscesc Signes, told Levante he believed the fires were intentional.

Head of Alicante’s Consorcio Provincial de Bomberos, Pepe Cerda, told Europa Press the scorched areas were consistent with previous years – but the ‘simultaneous’ nature of the fires was ‘worrying’.

“The short period of time in which repeated fires were sparked speaks of intentionality,” he said.

His firefighting body reminded reporters that if not intentional, the fires were most likely caused by human negligence. Firefighters also noted the repeat fires were not caused be re-ignition of previous fires.

The Valencian Community’s emergency 112 service said the majority of the region remains on high alert for forest fires.