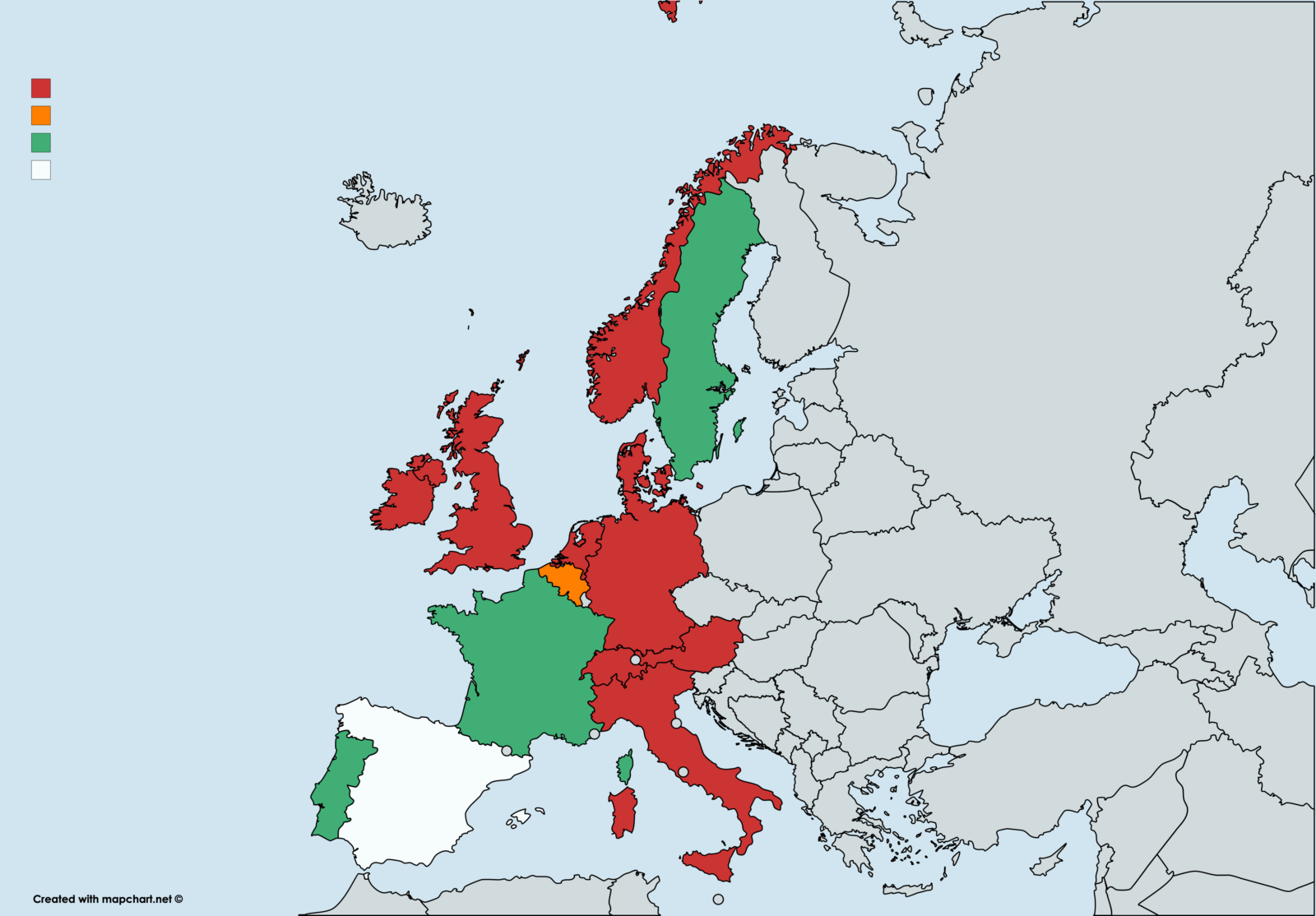 Austria: EU/EEA/Swiss citizens arriving from mainland Spain and (as of 24th August) Balearic Islands must produce medical certificate proving negative COVID-19 PCR test OR get tested within 48 hours in Austria and self-isolate until test results arrive.

Denmark: The Danish government have ‘banned’ travellers from visiting Spain. Their restrictions state a traveller may only enter Denmark with a ‘worthy purpose’.

France: There are no restrictions on travellers from Spain entering France. Travellers must however sign a declaration that they do not have COVID-19 symptoms, and will be provided information about self-isolation.

Germany: The German government has declared Spain a high-risk country, meaning travellers must undergo a PCR test or self-isolate for 14 days.

Ireland: All travellers returning to Spain from Ireland must self-isolate for 14 days.

Italy: Any travellers entering Italy from Spain must undertake a rapid antibody test within 72 hours before departure, and then within 48 hours of arriving. No quarantine necessary.

Netherlands: Travellers arriving from Spain must undergo 10 days self-isolation upon returning to the Netherlands, or provide a negative PCR test.

Norway: Travellers arriving from Spain must undergo 14 days self-isolation upon returning to Norway.

Portugal: No travel restrictions in place.

Sweden: No travel restrictions in place.

Switzerland: Travellers returning from Switzerland from Spain (not including Canary Islands) must undergo mandatory self-isolation for 10 days upon arrival.

United Kingdom: The UK government has advised against all but essential travel to Spain. Travellers returning to the UK from return will be required to self-isolate on arrival.