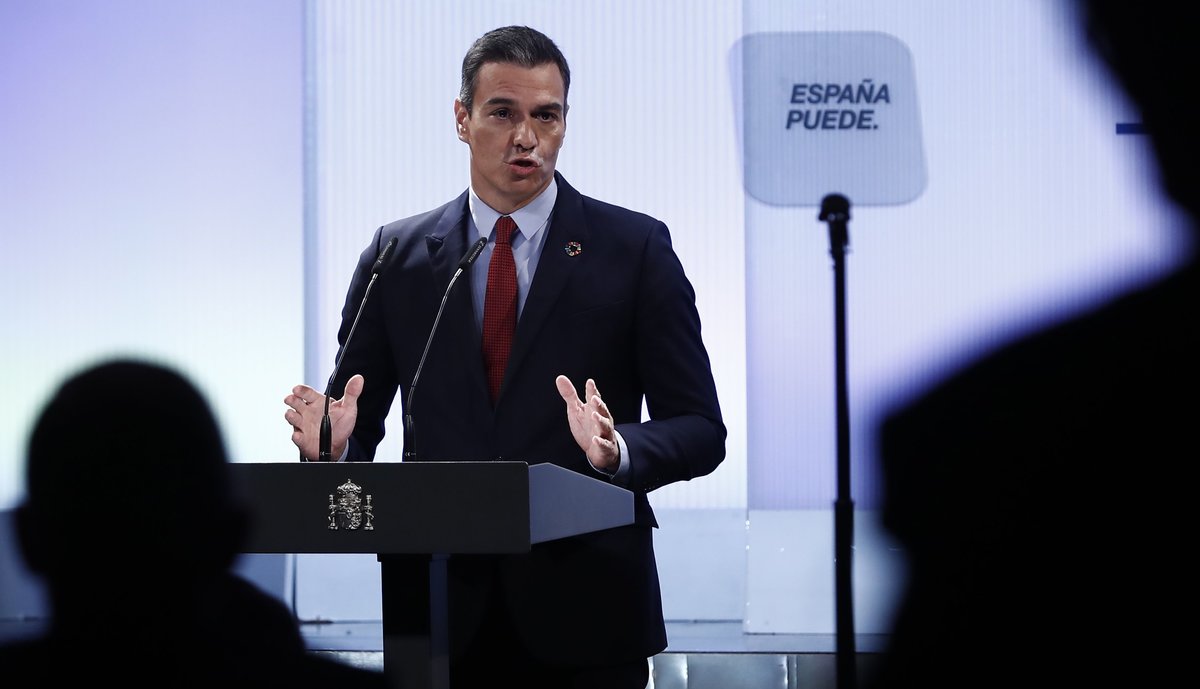 Prime Minister Pedro Sánchez held a public event yesterday as he marked the end of parliament’s summer recess with a speech given in the presence of the country’s top business leaders.

His message was one of unity amid the ongoing coronavirus crisis and was aimed squarely at the main opposition Popular Party (PP).

The mere presence of the business leaders was, in itself, a political statement.

Major figures such as Ana Patricia Botín from the Santander banking group, José María Álvarez Pallete from telecommunications giant Telefónica, Carlos Torres from lender BBVA, Florentino Pérez from construction group ACS, and Pablo Isla from fashion giant Inditex, which owns the popular brand Zara, were all in attendance to hear Sánchez call for unity and a “new political climate.”

His priority is to find approval for a new budget: political fragmentation and a lack of accord in recent years have meant that Spain has been stuck with the budget approved in 2018 by the former PP administration of then Prime Minister Mariano Rajoy.

There are, however, internal tensions in the governing coalition over the new budget, with Unidas Podemos leader Pablo Iglesias unhappy about the possibility that Sánchez could seek the support of center-right Ciudadanos for the financial plans.

The PP has ruled out supporting any of the government’s plans in parliament.

The prime minister told business leaders that the government “can guarantee its stability in the 40 months that are left of the current political term and the cohesion of the PSOE/Unidas Podemos coalition is not under threat.