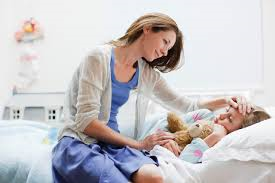 PARENTS whose children test positive for Covid-19 will be allowed to take time off work with pay to care for them on the same basis as if the employees themselves were off sick – but it’s not yet clear whether this will apply to children forced to quarantine or who have symptoms but no confirmed diagnosis.
Government spokeswoman and treasury minister María Jesús Montero said earlier this week that parents would only be able to take paid ‘sick leave’ to care for their children when they’ve actually been diagnosed, although companies would be required to allow them unpaid leave if the kids were ordered to self-isolate due to having been in contact with a ‘positive’ or where they present signs compatible with the virus, such as a fever.