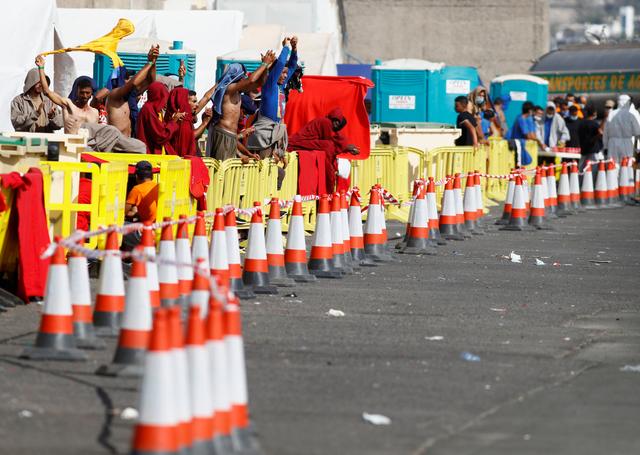 A group of migrants being held at a dockside camp on Gran Canaria called for “freedom” yesterday as they tried to force open a police fence as the coast guard brought in more people rescued from boats in the Atlantic.

A coast guard spokeswoman said 81 North African men were rescued from three small boats while another 29 reached the island on their own boat.