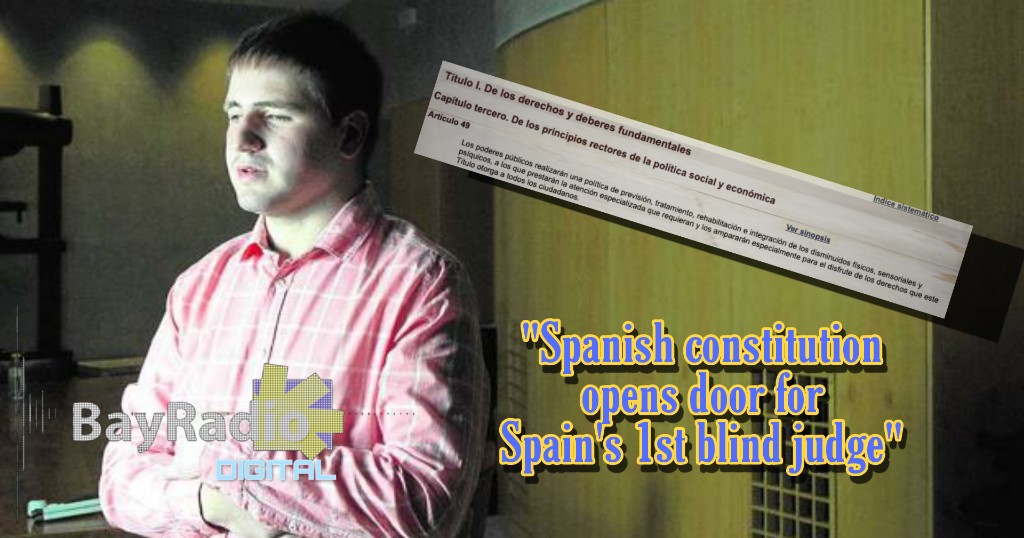 Héctor Melero Martí, 26, from Cullera, Valencia, has become the first blind judge in Spain since restrictions were rolled back in 2014.

According to the Spain’s General Council of the Judiciary (CGPJ), a separate blind law student asked the Council if – on passing the appropriate selection process – they could legally become a judge. The positive response back in 2014 then opened the door for Melero’s application, who was last week authorised to take up his new position.

The CGPJ based its decision on Article 49 of Spain’s constitution, which

A CGPJ report argued that evidence in trials ‘that require the use of the sense of sight in an irreplaceable way’ are ‘exceptional’. The report added there are technological instruments that make any document easily accessible to the blind.