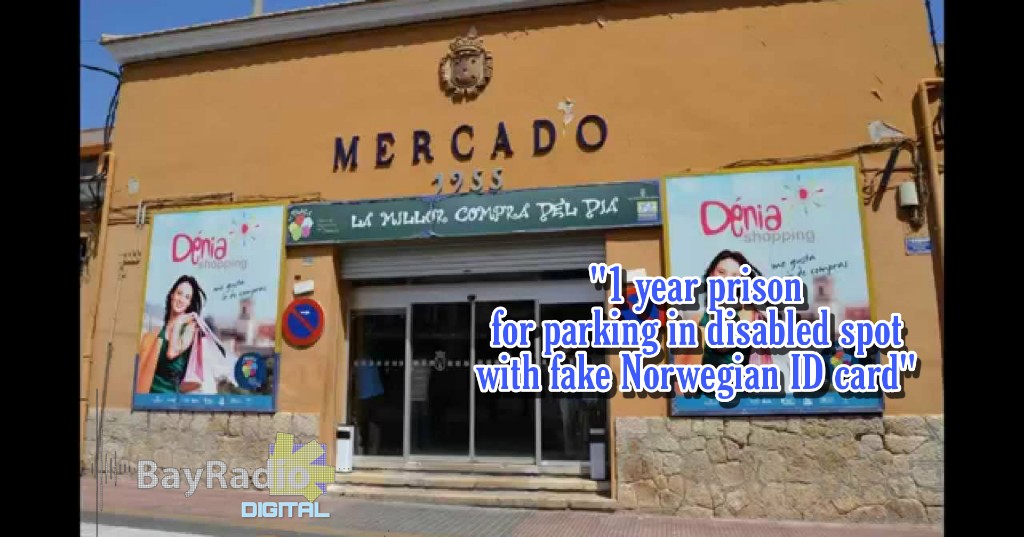 Alicante’s Provincial Tribunal has upheld a year’s prison sentence for the crime of parking in a disabled slot in Denia’s municipal Mercat with a fake card.

The court also upheld a 1,620€ fine from a previous sentence passed down in Benidorm’s Penal Court no.1 last January.

The defendant has now been convicted of a crime of falsifying official documentation.

The man had photocopied a Norwegian disability card (from his Norwegian ex-brother-in-law) and placed it on his car’s dashboard on 7th June, 2017, in a disabled slot behind Denia’s Mercat Municipal.

Police surprised the man, who claimed the card was not fake, and that the original still existed.

He said the card belonged to the brother of his ex-wife, and that his ex-mother-in-law had made photocopies which he forgot to remove from the vehicle.

The Tribunal ruled, however, that the 3-year period between the man’s ex-brother-in-law leaving Spain and his charge of falsifying documents was enough to find a conviction.

The court said that, either way, forgetting to remove a disability card did not absolve the man of using a disabled parking space.