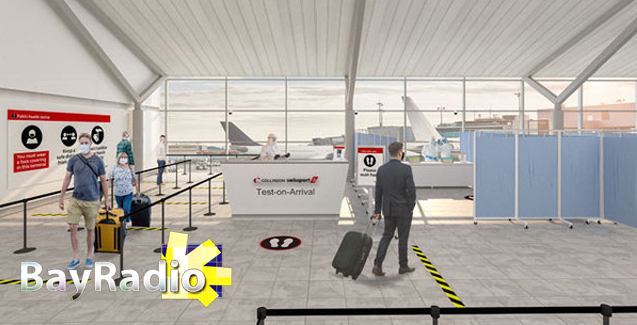 The UK government has hopes to begin testing passengers for COVID-19 at airports by mid-October.

According to Heathrow airport’s chief executive John Holland-Kaye, the Prime Minister has aimed for passenger trials to begin at the London airport next month.

The airport boss is hoping that tests will allow a huge increase in the number of travellers able to fly on holiday next summer.

Mr Holland-Kaye said: “I would love to have a New York-London pilot up and running by Thanksgiving [November 26]. That seems entirely feasible.

“If we get good results, there is no reason we shouldn’t be able to extend it. It’s possible that in the first or second quarter of next year, we see ‘rapid point of care’ tests become more normal.”

The airport boss suggested tests would cost £150 per passenger.

If successful, the measures would mean a 14-day quarantine could be scrapped for arrivals from countries with FCDO travel warnings.

To contain infection risks, Heathrow is looking at following up arrivals with a second COVID-19 test one week after returning to the UK.

Another idea is to get passengers tested before they board a plane to London.

Heathrow Airport has already has a COVID-19 testing centre in Terminal Two ready to swab passengers from last month.