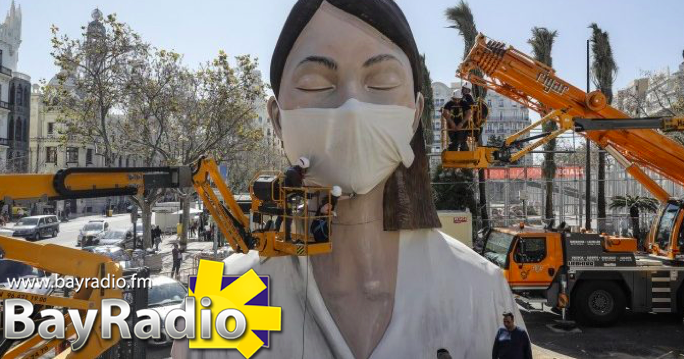 Neither Bonfires nor Fallas nor Moors & Christians will light up town squares until a COVID-19 vaccine is found.

“I daren’t say it, no, I daren’t say it. But without a vaccine, we can’t celebrate the Falles festival. We still aren’t sure, we must be prudent, but everything points towards it,” she told Valencian daily Las Provincias last week.

Yesterday, however, she made that announcement official. And included the Hogueres and Moros y Cristianos festivals.

She also announced the suspension of student parties at halls of residence, saying legislation will swiftly follow.

It comes after residents at the Galileo-Galilei de Valencia college sparked the Community’s ‘largest COVID-19 outbreak to date’.

All students must  now self-isolate for eight days.

The Falles festival each March is the biggest event in Valencia city, with bonfires and flammable sculptures lighting up the city for days.

Alicante celebrates the massive Hogueres in May, while many other coastal towns celebrate the night of San Juan by jumping over waves on the beach and bonfires in the streets.

Around Autumn time, many municipalities then perform the annual Moors and Christians, which commemorates the reconquest of the Iberian Peninsula from the Moorish civilisation that ruled from 8th – 15th centuries.