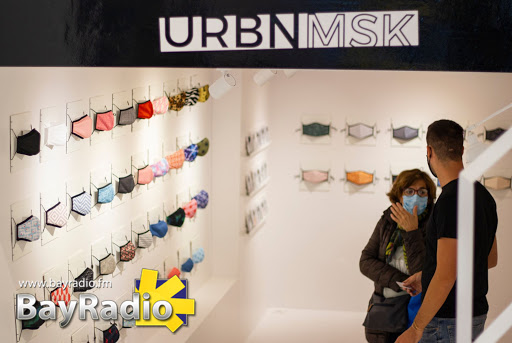 For a brand-new product now obligatory for anyone over six, demand should not be an issue.

The shop is the physical arm of start-up Reprotect, which was launched during the pandemic to manufacture stylish cotton masks.

The masks range from 8.90-14.95€ and have already made headlines: the president of Barcelona FC, Josep Maria Bartomeu, has been spotted wearing a Reprotect.

The shop stocks both Reprotect masks as well as masks using six other different makes, that comply with health regulations.

The Reprotect company has already brought in €6 million in just six months of operation, according to La Vanguardia.

“What is clear is that, as is the case in Japan, many people will introduce the mask into their lives forever, and quality products will survive on the market,” said Christian Rodriguez, founder of Reprotect.