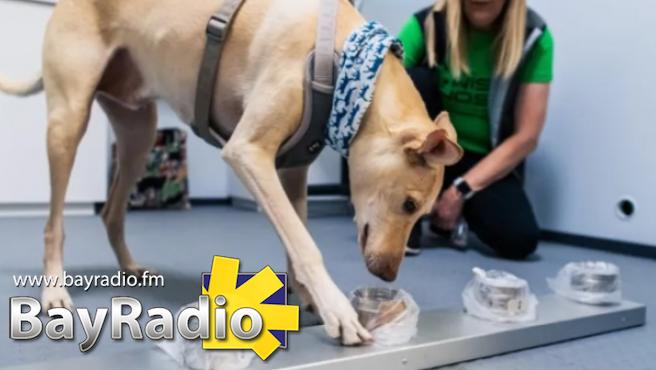 Spain is the latest country to use sniffer dogs to detect coronavirus in passengers at international airports.

Dogs are already working at airports in Chile, Finland, Dubai, France, Germany and UK – results from Helsinki’s pilot scheme show a dog can detect COVID-19 in its surroundings within 10 seconds.

The difference with a new scheme in Barcelona is that authorities want to train 400 dogs, all recovered from dog shelters following abandonment.

“Dogs have a smell millions of times superior to that of humans, and can even detect asymptomatic patients”, Peris told Cadena Ser.

“The virus does not smell, but when it invades the body it reacts and causes peculiar odours that remain impregnated in sweat, urine and even saliva.

“If a trained dog patrols the street and passes near someone infected, the dog would first be curious about that person and end up sitting in front of them.

“Dogs fail fewer times than PCR tests, they are also quicker and cheaper.”

Training takes one month, after which dogs can detect COVID-19 at a rate of 200 people per hour.

Peris said his project has been working on the project for 6 months, and has already trained up over 20 dogs between 2-4 years of age that were selected from shelters.

The project hopes to train 400 dogs in total and is waiting final approval from the Cataluña government, the Generalitat.