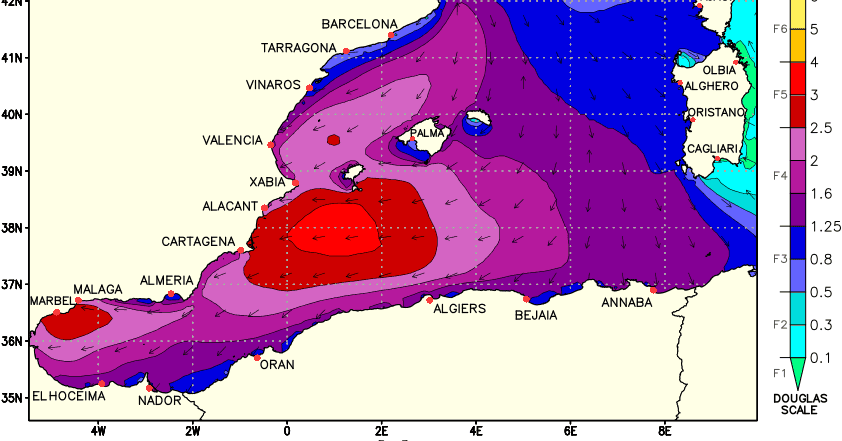 Torrential rains are predicted to hit Wednesday-Thursday next week across the Alicante coastline.

Alicante University’s climate lab – which has an active Facebook page – has predicted a ‘maritime storm’ will specifically hit the Marina Alta region.

Scientists at the lab have predicted waves up to ‘3m’ high could also hit as far south as Murcia and the Straits of Gibraltar.

“If the predictions come true, beaches and maritime paseos could be damaged – something we will confirm in the coming days,” a Facebook post from the lab read.

Scientists said an ‘anticyclone’ that caused warm weather in Spain this weekend will rise towards the British Isles.

“The swelling of the anticyclone [above central Europe] will cause the strangulation of a cold pocket of air in the Iberian Peninsula. When a pocket is strangled and isolated from western circulation, it becomes what is known as a gota fría [cold drop] or a DANA.”

The agency has not mentioned a gota fría, but is predicting an ‘extensive storm’ provoking ‘instability’ in southeastern Spain to hit on Thursday. Read more in AEMET’s warning here.

Its online portal is predicting 100% chance of rain across the northern Alicante coastline from Wednesday next week, as well temperatures falling to 17 degrees during the day.