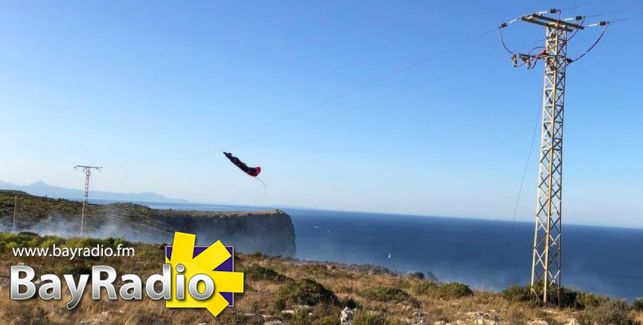 Firefighters moved quickly to stop flames from spreading in the Montgó natural park, between Jávea and Denia.

Two fires were declared today in the Montgó natural park after paragliders crashed into an electricity power line.

Two paragliders were snagged by hanging wires near the Cap de Santi Antoni mirador in Jávea.

The electricity line was shorted while two fires broke out at around 16:30 this afternoon, according to Xàbia al Día.

Protección Civil, Policía Local and Guardia Civil raced to the scene with an ambulance, while a helicopter followed in case the fires spread.

Iberdrola have already been to restore supply.

Levante have reported that only one paraglider was involved. The health of the one or two paragliders involved is not yet known.