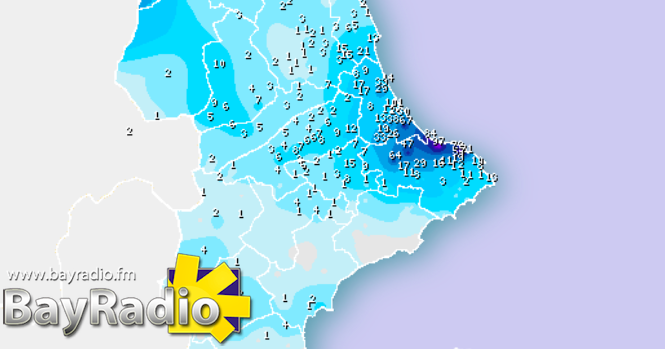 Denia has been the worst-hit region in the entire Valencian Community, according to local met offices.

Denia’s port area has been shutoff today by torrential rains that swept down Spain’s eastern coastline.

Plaza Benidorm – at the northern end of Denia’s port – and the Explanada Cervantes by the fishmarket were closed to traffic for most of the morning.

Policía Local first closed roads near Camí de la Bota at the industrial-zone entrance to Denia at 8.30am, according to Denia-based paper La Marina Plaza.

Denia has received 126mm of rain so far – the most in the Valencian region, according to MeteoClimatic.

The Marina Alta region of Alicante remains on a yellow weather warning, in place until Friday morning.